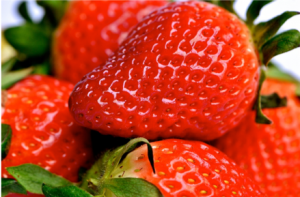 To a casual grocery shopper, looking to find the perfect
topping for her shortcake, ingredient for her smoothie or vehicle for her
heavenly chocolate fondue, patents are probably the last things on her mind.
Yet, in fact, the very item that she seeks, the strawberry, an aromatic, bright red, juicy, and sweet fruit, has been
at the center of ongoing patent litigation.

Patent law covers the invention or
discovery of “any new and useful process, machine, manufacture, or composition
of matter, or any new and useful improvement thereof.” 35 U.S.C. §101.
While this generally brings to mind mechanical apparatuses and
technology, patents are also granted to,  “whoever invents or discovers
and asexually reproduces any distinct and new variety of plant, including
cultivated sports, mutants, hybrids, and newly found seedlings, other than a
tuber propagated plant or a plant found in an uncultivated state.” 35
U.S.C. §161.

Believe it or not, the beloved
strawberry is the result of a plant that is protected by patents.  In
fact, there are actually thousands of varieties
of strawberry breeds in existence.  For instance, the strawberry plant
named “Opera” is
“characterized by its compact and semi-upright plant habit; moderately vigorous
to vigorous growth habit; uniform fruit ripening; large broadly rounded to
conical fruits that are glossy and red in color; pleasant fruit aroma and
taste; excellent fruit postharvest longevity; and moderately resistant to
Verticillium dahliae and Phytophthora cactorum.”  By contrast, the “DrisStrawFifty” is “characterized by having medium-sized, dark orange-red
fruit, a globose-semi-upright plant habit, and mid-season harvest maturity…”

Scientists have been working for
decades to engineer new varieties of strawberries designed to improve their color, taste, appearance and durability.  Their successes are why the strawberries one buys in
April are a different variety than one bought under the exact same brand in
June.  It is also the rationale explaining why strawberries are made
available worldwide and year-round.

In fact, The United States
produces more than 3 billion pounds of
strawberries each year, with US consumption being approximately 8 pounds per capita.
But the strawberry market, and in particular, the California market, has
a history of competition.

Driscoll’s, the engineer of the
“DrisStrawFifty,” is one of the largest berry companies in the United States.
In this role, it develops several new breeds of strawberries each year.  Driscoll’s licenses its breeds to approved growers
who then return the berries to Driscoll’s to be sold under Driscoll’s widely
recognized brand names.  Using this methodology, Driscoll’s sells more
than a billion packages every year.   In
fact, it was Driscoll’s that first decided to sell strawberries in the clamshell plastic packaging, which is now the industry standard.  Driscoll’s
attributes its success to its Intellectual Property protection.  Driscoll’s IP consists of its cultivars- the
new varieties it creates through breeding and its germoplasm- the
genetic library of plants from which its breeders can draw to create future
cultivars.  (Think of the cultivars as the result of a recipe and
the germoplasm as the cabinet of possible ingredients).

Yet,
Driscoll’s is not alone in the competitive strawberry market.  For years, UC
Davis, led by researchers Doug Shaw and
Kirk Larson, also competed in the market, supplying the majority of
strawberries in California, and earning the university hundreds of millions of dollars.   Unlike Driscoll’s, UC Davis was more open
about its products, and were willing to supply its breeds and research (for a
nominal royalty fee) to any grower wishing to use its plants.  However, in
2011, UC Davis decided to shift its focus away from commercial sales of strawberries
to genomics.  Shaw and Larson were
unhappy with this decision and decided to leave UC Davis to form their own
private business, California Berry Cultivars (CBC).

However, the breakaway was not smooth sailing.
Upon leaving, Shaw and Larson tried to get a license from UC Davis that would allow them to use UC Davis’
cultivars and germoplasm for their new business. However, UC Davis ultimately
decided not to grant a license to them.

In 2016, a frustrated Shaw and
Larson filed a lawsuit against the
University of California alleging that the University was denying them the
benefit of their own creations.  In return, UC Davis filed a countersuit,
alleging that Shaw and Larson ignored their wishes and took UC Davis’s
germoplasm with them when they started CBC.  Moreover, UC California
accused Shaw and Larson of illegally breeding cultivars on behalf of their new
company, while they were still employed by UC Davis.

In May of 2015, a federal district
jury unanimously held that Shaw and Larson were guilty of willfully infringing UC patents, breaching duties of
loyalty and fiduciary duty and using plant material owned by the UC Davis Public Strawberry Breeding Program
to develop berries for California Berry Cultivars (CBC).  It was quite the
scandal!  As part of the settlement, CBC agreed to return certain cultivars to the university
and give up $2.5 million in future patent inventor royalties.

Yet, the saga continues! In a lawsuit filed on
March 20, 2019, Driscoll’s has now sued CBC as well.  As a result of the trial in 2017, some CBC breeding
records were made public, revealing that CBC had also been breeding with
several of Driscoll’s varieties. Driscoll’s a company known for the protection
of its IP rights, was quick to protect them.

While it’s possible that Shaw and
Larson were simply some “bad berries in the bunch” who refused to play by the
rules, their actions certainly raise issues of Intellectual Property and
questions over who should have the rights to use and benefit from germoplasms
and cultivars.  Perhaps the germoplasm should be treated differently from
cultivars under the law.  Perhaps a
market like strawberries, where scientists are constantly innovating and
developing new fruits should be treated differently from other plants.  These are questions for another day.  For now, the battle for the best and most
legal strawberry will continue.  Whatever
the outcome, I bet you’ll never look at a strawberry in the supermarket in the
same way.